The annual Georgia-Florida rivalry is an iconic national event that brings the Jacksonville community together to celebrate college football like no other city in the country. A time-honored tradition since 1933, it has become a showcase for one of the rivalries that make college football great. With 55,000 square feet of video screens inside the stadium, there’s no such thing as a bad seat! This rivalry has had its fair share of star players, from Florida legends Danny Wuerffel, Fred Taylor, & Tim Tebow to Georgia greats Herschel Walker, Matthew Stafford, & Scott Woerner. Not to mention some of the greatest coaches to walk the sideline, including Vince Dooley and Steve Spurrier. 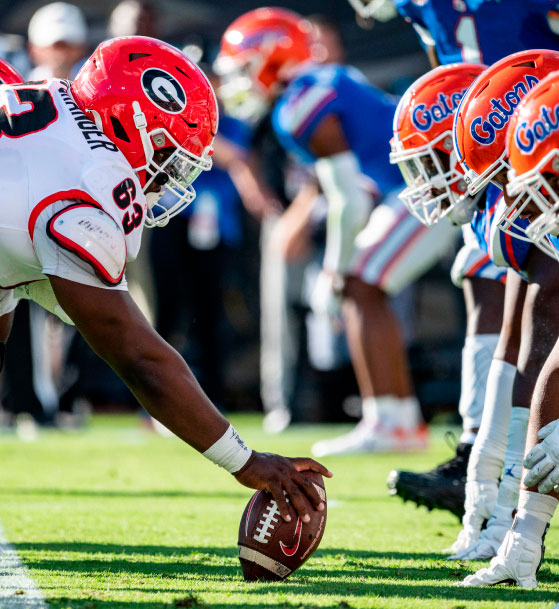